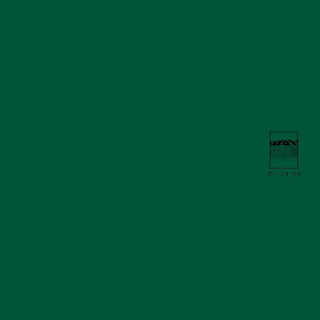 It's a festivus miracle! The CD version of "LIVE V - Oceanic Live in London" is available to order NOW from our webstore. For more info and to order your copy go to www.bluecollardistro.com/.
Happy Holidaze -
ISIS
Posted by ISIS at 9:09 AM 284 comments:

Please take note that the venue for our Milan, IT show on Nov 23 has been changed to "Tunnel." The previous venue is currently shut down due to a fire security situation. Hope to see you there.
Posted by ISIS at 10:03 AM 224 comments:

The video for 20 Minutes / 40 Years (directed by Matt Santoro) is up now on every-a-where you would think. It's also up right here... enjoy.

Our European tour is now well underway and thus far everything has gone quite well (minus some personal affects stolen from a hotel room, a minor van explosion, and 2 blown amps). We've wrapped up the UK portion of the tour are now in Germany heading north. Thanks to all those that have attended thus far, as well as Mothlite, Altar Of Plagues, Final, and Kylesa who we've had the pleasure of sharing the stage with in various locations. Tonight we welcome Mammifer for a couple weeks which will certainly be a nice Halloween treat.

A couple quick updates here - we have a new tour poster with us this go around, courtesy of the ever reliable Seldon Hunt (preview image above). We will have this poster for the duration of the tour across europe, and for those of you unable to make it to one of these shows the posters are also available through the wonderful people who printed them at shirts and destroy: http://www.shirtsanddestroy.com/ISIS

Also (finally) available is the fifth installment in the series of live recordings from ISIS. This one is from the ATP sponsored event "Don't Look Back" in which we performed the "Oceanic" album in its entirety. Recorded at Koko's in London and mixed by Justin Broadrick, the CD version is available now via our merch table on our current tour and also in limited quantities through the Hydra Head mailorder/chel's list channel - see here for details: http://www.hydraheadlines.blogspot.com/. After our return from tour it will also be available via our webstore and a few other outlets. The vinyl version is still underway and will hopefully be available during the latter half of our tour and certainly there after. Check here for updates on that as well as: http://www.vivahaterecords.com/wp/


Thank you and Happy Halloween,

In a weeks time we'll be heading out for our first full European tour in support of Wavering Radiant. The break has been a nice and productive one, but we're looking forward to getting out there and playing, seeing some old friends and familiar places, and even some new ones. There's 40 shows scheduled for this tour, the most we've ever done in a single tour. It's going to be epic. We hope you'll join us!

The video for "20 minutes/ 40 years" is slowly making it's way to the public. As a teaser, we've attached some pictures from the filming of James Rienhart, the main character in his civilian clothes, and Matt Santoro, the director. These give a slight glimpse into what's in store without giving away too much. Enjoy.

Some time in the next week or so the ISIS webstore should have a whole mess of new goods available for any interested parties out there. We'll finally have the European pressing of "Wavering Radiant" on 2xLP available through the store, as well as new T-shirt and sweatshirt designs from our last US tour, and re-stocks on some items long unavailable, etc. We'll make an announcement as soon as all the stuff goes up as will our web store comrades at BCD.

A few other ISIS related items:

Tuesday Oct 13th is the release date for the debut album "Secret House" by Jodis - a new group featuring Aaron Turner (ISIS, Mamiffer, Lotus Eaters), James Plotkin (Khanate, Lotus Eaters, Khlyst), and Tim Wyskida (Khanate, Blind Idiot God). A pre-order package should be up on the Hydra Head webstore sometime this week, and a sample clip from the album can be heard here: http://www.plotkinworks.com/currentactions/index.html.

Clifford has been busy finishing up the new Red Sparowes record which will be out in the spring via Sargent House. Also check out the new vinyl for last year's Aphorisms EP here.

Aaron Harris has landed an endorsement with Sonor drums. He will be playing a new S Classix (Scandinavian Birch) Kit in Walnut Roots on the upcoming tour.
http://www.sonor.com/pbas/Sonor_FE/sonor/english/nachricht-detail_qf.html?a-news-n_SearchId=400


Aaron also rode 100 miles as part of a blog that Bernie Romanowski from Cable has been writing for Decibel Magazine . The blog is about music, cycling, and whatever else Bernie chooses to discuss. You can read about Aaron's ride here: http://decibelmagazine.com/Content.aspx?ncid=333352

We've posted most shows for our upcoming European and Australian tour on our myspace page... still a few dates to be announced, as well as Japanese dates. Hope to see you there -
Posted by ISIS at 11:25 AM 301 comments: 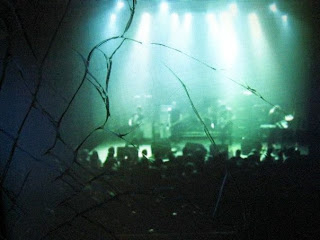 Welcome to our new blog / news / media site. We will be attempting to update this regularly, filling in the cyberworld of all our most exciting activities. We also have overhauled our website somewhat so be sure to check it out... www.isistheband.com.

As for the dog days of summer, we have been recharging after 9 weeks of shows and finalizing the details on our full European tour which will be from late October to mid December... certainly looking forward to that. We are also excited to be playing the Soundwave Festival in Australia in Feb 2010 as well as a handful of shows in Japan and New Zealand... dates for both tours will be posted soon.
Look out for the premiere of the "20 Minutes / 40 Years" video in the coming weeks, more news on that shortly.
Lastly, keep your eyes out for the soon to be released fifth recording in our "Live" series, this one being the 2006 recording of the "Oceanic" album in full from London. We're serious this time, it is really going to come out soon. Really.